As the days lengthen and the temperature rises in New England, it’s the perfect time to dine at some of Boston’s finest restaurants. Now that we’ve officially entered spring, let’s all get our patios and outside eating areas ready. This is a great time of year to take advantage of the increasing temperatures by dining outside at Spoke, or savouring your seafood fix at Nautilus, Neptune Oyster, and Saltie Girl. If you haven’t already, we invite you to try all of Boston‘s top eateries this month.

Although Mooncusser began out as a fish shack, it has evolved into so much more in the last several years. This eatery has undergone a major culinary transformation under the guidance of Chef Carl Dooley, who has introduced four-course tasting menus to the menu. Customers can always look forward to discovering new dishes and different views when they visit the prix fixe menu, which changes every month. Yes, seafood is still an important part of the menu, but today it is joined by other globally influenced stars, including such Sichuan pork sausage consomme & venison with Hungarian dumplings, as well as traditional fish dishes like BBQ unagi and potato gnocchi with salt cod. The view from dining room, perched high above Stuart Street, is every bit as mouth-watering as the food that comes out of the kitchen.

One of the greatest places in the neighbourhood to get large, robust Mediterranean & Middle Eastern tastes packed into little pieces is Sarma, the informal sister of Ana Sortun’s Oleana. In a family-style structure, chef-owner Cass Piuma’s prix-fixe culinary experience includes everything from sesame fried chicken to a merguez pinwheels. The restaurant caters to vegetarians with a full meatless menu. Cocktails made with cardamom, orange blossom, and fenugreek merit a special mention at this establishment. See Here to Know Entertainment In Boston.

Are you in the mood for traditional Italian fare with a contemporary twist? The only place to go is Geppetto, which is located in East Cambridge. Chef-owner Will Gilson’s restaurant, tucked away in Cambridge Crossing complex, offers you authentic Italian cuisine presented in creative ways. Try one of the restaurant’s fantastic crudos, such tuna top with fresh pear and lardo (an Italian salumi that melts in your mouth) before moving on to some of the restaurant’s handcrafted pasta dishes, which are all created in-house by the restaurant’s talented chefs. Swordfish kebabs, gently smoked for depth & topped with multi-herbed pesto, are among the bigger sharing feasts available to those who want to go big. You may choose from a well chosen wine selection that contains lesser-known Italian varietals, and pick for one of the drinks on tap, such as a negroni and the now famous espresso martini, to accompany your meal. 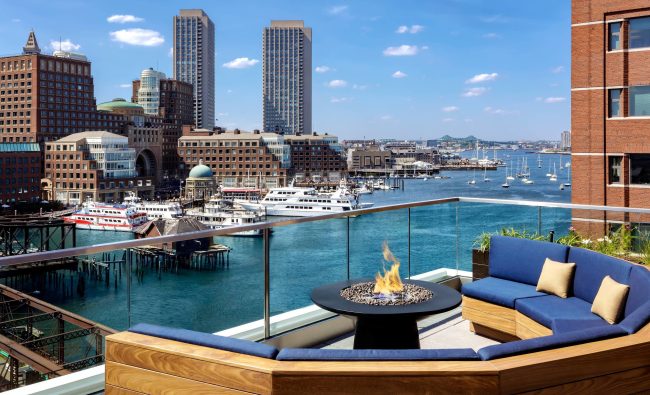 Kava Neo-Taverna has long lineups outside the entrance every night. There’s a lot of truth to the buzz, it seems. George Axiotis, Irakli Gogitidze, and Shahrokh Reza’s mezedes discovery demonstrates the need of using high-quality, basic components. Simple small dishes such as horiatiki (Greek country salad), panko-crusted spanakopita or grilled octopus & souvlaki are prepared so flawlessly that you may have to return for the entrée side of the menu a second time Finish the evening by sipping retsina and eating some baklava while admiring a painting of an elderly Greek fisherman to let you escape to the island of Santorini in your mind. .

Located in Somerville’s Bow Market, this modest eatery transforms dining into an experience. Delicacies seldom seen in the city’s other restaurants may be found on the Filipino menu, which changes often. Tanám, on the other hand, has a unique atmosphere and ritual that sets it apart from other restaurants. This restaurant offers a Kamayan-style meal every Thursday, Friday, and Saturday night for two people, which is served on banana leaves & eaten with the hands. This apparently joyous buffet includes hot coconut mussels, chicken wings with just a sticky sweet fish sauce & ginger garlic oil, and flawlessly fried, crispy sausage lumpia.